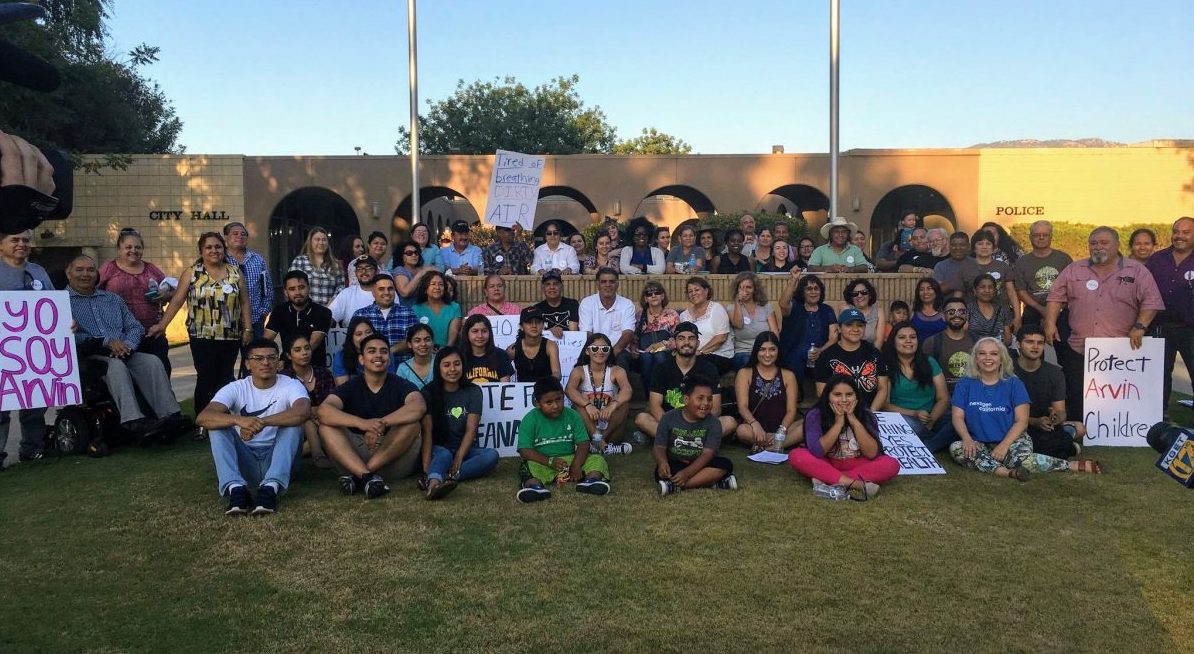 The victory that took place in Arvin on July 17th, 2018, was only part of the decade-long work by the community and organizations representing environmental justice in Kern County. The grassroots victory reflects the power community has to create true systems change and how community science projects can be an unprecedented tool that helped leverage one of the most important victories in Arvin to protect public health.

The network of partners in Arvin was beyond impressive, the team that made this happen were the people of Arvin, primarily the residents who live fence-line to polluters that have no respect for environmental justice and human lives; Committee for a Better Arvin (CBA); Center for Race,
Poverty & the Environment (CRPE) and the Central California Environmental Justice Network (CCEJN). It is worth recognizing the support we received from the Building Healthy Communities South Kern’s Communities United Action Team as well as from other remote partners such as the Center for Environmental Health (CEH), Earthworks, Californians Against Fracking and many more that supported the people of Arvin and their fight for environmental justice.

CCEJN’s involvement with the residents of Arvin to protect them from the negative health impacts of the oil and gas industry dates back to 2014. In March 2014, CCEJN, through its community reporting platform IVAN KERN received a report from an Arvin resident suspecting that there was an oil
and gas leak in the neighborhood of Nelson Court near Arvin’s high school. CCEJN staff, Gustavo Aguirre Jr. took an air sample and verified that fact. By 8 pm, half of the residents in the Nelson Court area were evacuated from their homes after being told there were explosive levels of gas in their homes. It took 8 months of scapegoating, pointing fingers, and lack of follow through from public agencies about who the responsible party was to remediate the damages inflicted by Petro Capital Resources, the oil and gas operator responsible for the negligence and the gas leak.

The Nelson Court accident prompted some Arvin residents to become in citizen science projects that CCEJN launched in an effort to arm the community with the scientific data they needed to prove that having oil facilities (wells and storage tanks) near their homes, schools, and parks affecting their health. For four years, CCEJN has been training Arvin residents on how to collect bucket samples that measure VOCs and other carcinogenic chemicals (like benzene) that people living near these facilities. We have engaged residents in the process of installing real-time monitors and understanding what this data means to their health. Armed
with this data, Arvin residents approached multiple times in the past year their local elected officials, asking them to take action and pass a new oil and gas ordinance. CCEJN made a presentation to the Arvin City Council in May 2018 presenting the data collected and organized a tour on June 2 nd , 2018 where residents and other allies from other parts of Kern County and
from across the state toured the community of Arvin to witness first-hand where these monitors are located and how close wells and storage tanks are from schools, homes parks.

It took years of collective work to pull this victory off. It took community reporting and community data collection efforts to showcase and ground truth the years of advocacy around air quality. It took the people of Arvin to stand up and say, “I have the power to create change and our own narrative for the future generations”. And well, Si Se Pudo.