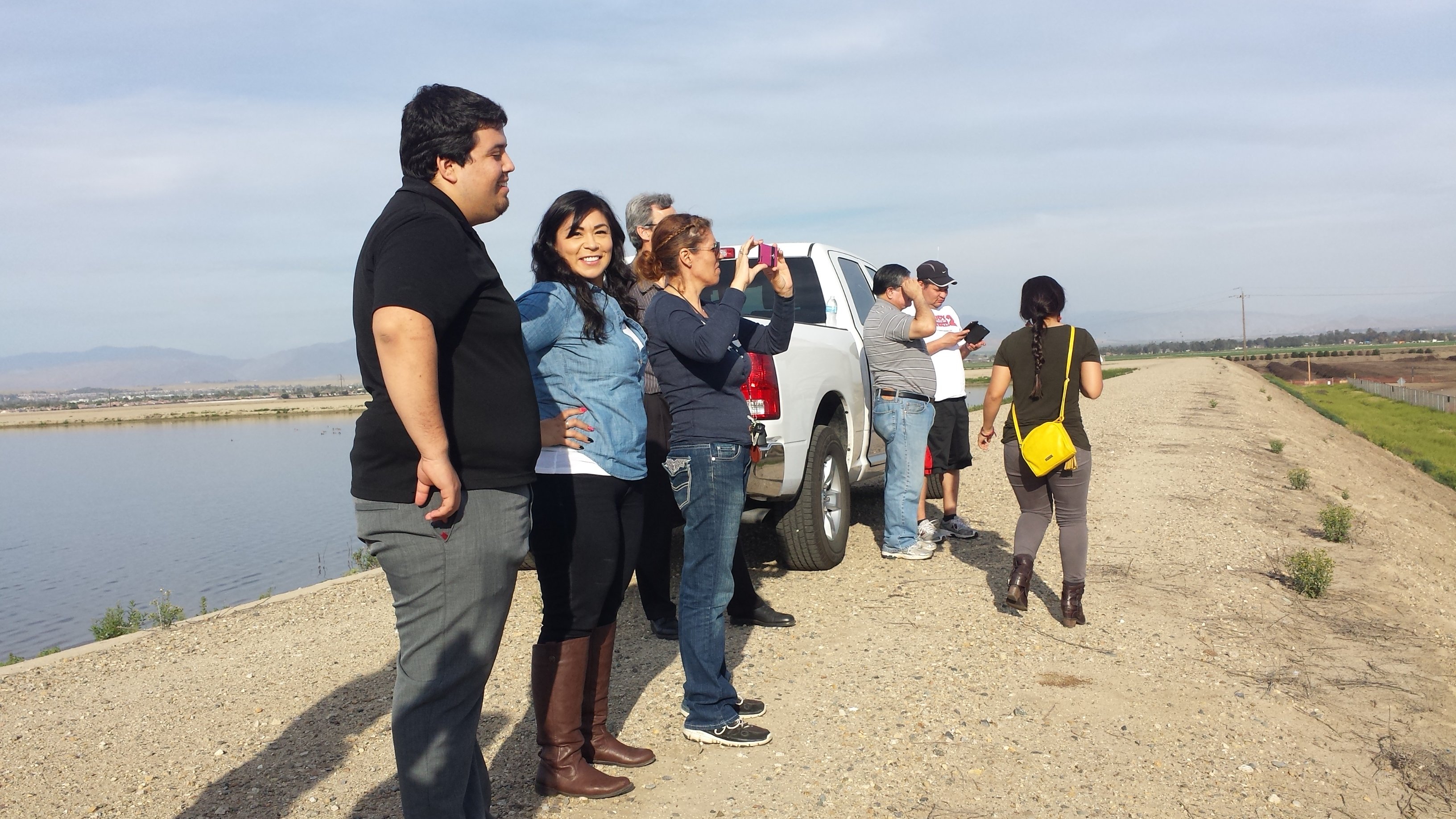 After months of KEEN (Kern Environmental Enforcement Network) taskforce discussions on composting and recycling facilities in Kern County and continuous violations by Community Recycling & Recourse Recovery (CRRR), KEEN and U.S. EPA were able to organize a community tour of Mt. Vernon Ave Recycling and Composting Facility; one facility whose practices have been notably consistent and non-controversial.  In Mach 16, KEEN taskforce members and South Kern community members joined two EPA Region 9 inspectors to take a tour of Bakersfield’s composting facility and see how a well-managed site looks like. We met at the site around 4pm, an hour before closing too see how the site was ran. Kevin, the site manager, started us off with an educational video on the facility and its operations. After watching the video we headed outside to continue our tour, we jumped in three different cars and drove up a canal ditch overlooking the plant. As we stopped in mid top a ridge, we got out of our cars, cameras in hand and started taking pictures of the site. At first it seemed to be any ordinary composting site, but as we advanced in our tour to get a gist, of the site we gained knowledge of how the facility functions.

Kevin, the site manager, introduced us to the ground breaking pilot project they are working on at the facility–we quickly found out that this was the way CRRR should have been operating in Arvin. Some of the highlights around the pilot project included reducing VOC’s, water usage and cutting the production time to a minimum, compared to other operations. Specifically, the pilot project operates as follows: first Mt. Vernon Ave Recycling is in the process of transferring to an all-electric truck fleet, this will give them an advantage in a reduction of GHG and particulate matter around the facility. A second phase of the project will complete a switch from trucking compost around the facility to using electric conveyer belts, along with these structural moves, the facility was also in the process of using a new method to reduce VOC while composting is occurring. In detail, the facility first lays down several yards length of vented PVC piping to cover a good amount of land.  The pipes are then connected to a small air flow generator, which makes the pipes able to distribute warm air along the pipes. After this process is complete, a pile of wood chips would thinly cover the PVS piping, next, the composting material would be generously applied on top of the pipes and wood chips. Once the desired width and height of the piles are met, it is thinly layered with a final layer of compost. This allows for the correct temperature and air flow to be present in the piles, so overturning is not needed.  As a result of this process this level of composting is able to considerably reduce VOC’s, lower production costs, particular matter emissions, drift, and save time.

Community members touring the facility were able to see a big difference between the formal CRRR and this Bakersfield composting facility. However, the community was happy to learn that this process is similar to the proposed operational process of the new operator in Arvin, Recology. Look back in our website, in a couple of weeks, for a more detailed description of Recology and a Community Benefits Agreement that they will enter with resident groups in Arvin, Lamont, and Weedpatch.