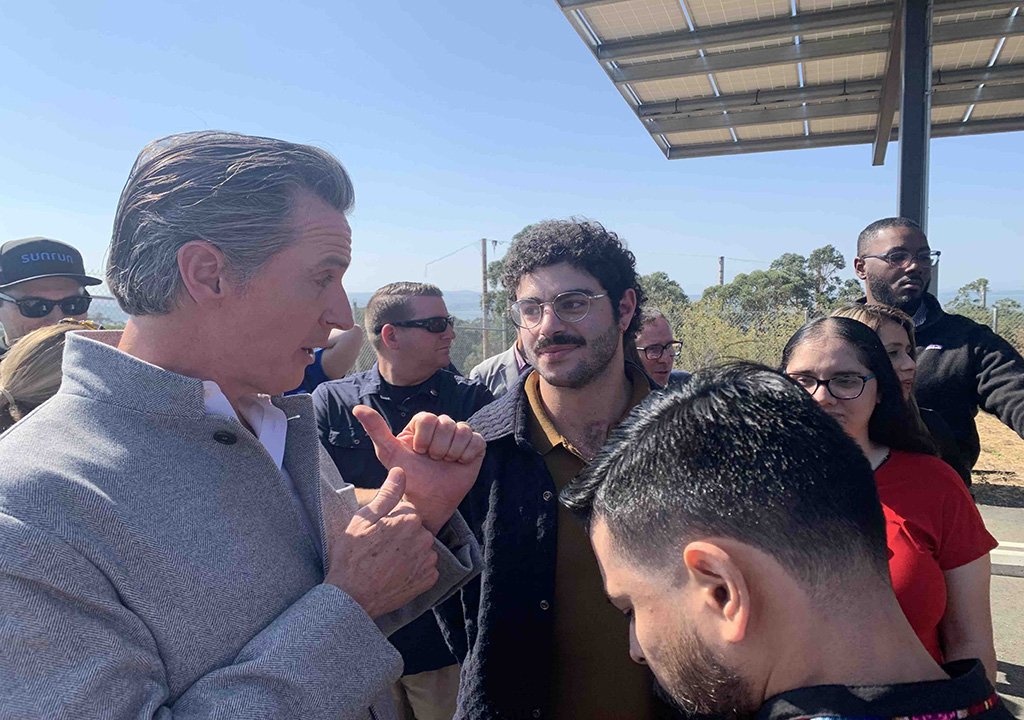 by Cesar Aguirre and Nayamin Martinez

As Mexicans, we have always celebrated September 16 because it is Mexican’s Independence Day. But September 16, 2022, has a new meaning for us and for other 3 million residents in California. Why? Because Governor Newsom signed into law SB 1137 a bill that will mandate a 3,200-foot setback between oil drilling and homes, schools, and other sensitive receptors. And while for many of us this is common sense, that oil sites should not be so close to sensitive receptors due to the significant exposure to cancer-causing gases, the reality is that 3 million Californians live within 3,200 feet of toxic oil operations. Thus, the importance of this bill that will establish the nation’s largest and strongest buffer zone between polluting oil wells and communities, most of them people of color and low-income communities. Furthermore, this new law will not only prohibit new drilling within the setback zone but will apply stringent pollution controls to operators and further prohibit them from reworking existing wells–essentially phasing out all operations within the setback zone over the coming years.

Newsom held the press conference to sign this bill, and others that were part of an ambitious climate change agenda, in Vallejo California, one of the many communities that will benefit from this bill. Present at the event was the author of SB 1137, Senator Lena Gonzalez (D-Long Beach), who highlighted what prompted her to introduce this piece of legislation.

“The combined stress of global warming and proximity to oil and gas production wells, it is our frontline communities that carry the heaviest burden with their already increased risk of asthma, heart disease and cancer. That is the reality and the severity of the public health challenges that pollution-burdened communities face daily across our state, and SB 1137 will help us change that. This is only the beginning—I believe SB 1137 will be a catalyst for more meaningful climate action in the near future.”

In her remarks, she also recognized that she worked alongside many dedicated environmental justice advocates and organizations who helped push this legislation forward.

And that is true, frontline communities and EJ organizations have been fighting for decades to end neighborhood drilling, not only at the state but also at the local levels, and we made some progress before this major victory. For example, four years ago, the small city of Arvin in Kern County made history passing the state’s first local setback ordinance of 300ft. This distance might seem small compared to the setbacks that SB1137 will establish, but it was a remarkable victory considering that in Kern County, the oil industry is strongly supported by the local politicians. And that support and allegiance was certainly in display during the committee hearings and senate and floor discussions of SB1137; senators and assembly representatives from Kern County were firmly opposing SB1137 claiming that it will take away jobs and it will harm people in the countries from where we will have to import oil. Some even claim to be concerned for the indigenous people of Ecuador, where we would presumably be exporting oil from. How this argument even makes any sense? You care about the wellbeing of people in Ecuador, but you are not concerned for the 3 million Californians who are affected by our own oil industry? We should all be concerned for the safety of all people and protect them from toxic oil pollution, within and outside California, but our fellow elected officials need to begin taking care of their own people. And we are happy to see that after intense discussions SB1137 passed, but it was nerve wrecking especially during the floor votes in the Assembly and the Senate where there were moments that we were a few votes short to make it to the finish line, but some last-minute convincing made its magic.

“California’s politicians have finally listened. We’re glad the legislature and the Governor have at last taken necessary action for setbacks. Today’s monumental win belongs to frontline communities who’ve been fighting for setbacks for years, and it’s a big indicator that the tide is turning on Big Oil in Sacramento”.

Yes, it is true that we need champions in the state legislature and a governor who is willing to fight climate change, but, frontline communities have led the movement calling on local and state legislators to establish a buffer zone between toxic oil wells and their homes, schools, parks and workplaces. From knocking on neighbors’ doors to document the unexplained nosebleeds and headaches, to organizing headline-grabbing protests with international climate activists, the fight for setbacks has been a grassroots effort with the most impacted Californians tirelessly advocating for their health and safety.

In recognition of the leadership played by EJ advocates in passing SB1137, several of us, including Cesar Aguirre, were invited to attend and speak at the press conference in Vallejo. We felt honored and humble to represent the hundreds of other advocates who fought so hard for this.

While we were still in celebration mode and thinking of how we can help the Governor achieve his goal of completing phase out of in-state fossil fuel operations, we received a reminder that the oil industry is not passively waiting for the implementation of S1137, they will fight it with all its power and money. And they will do that by promoting a statewide referendum of SB1137. Just three days after the bill was signed into law, the Attorney General of California, Robert Bonta, already received the request for a title and summary for the proposed referendum. So, we will soon have to switch from celebration mode to protection mode and we will need all the support that we can get, from government, frontline residents and all communities in California to care to protect our state from climate change. We will keep you posted on how to help.