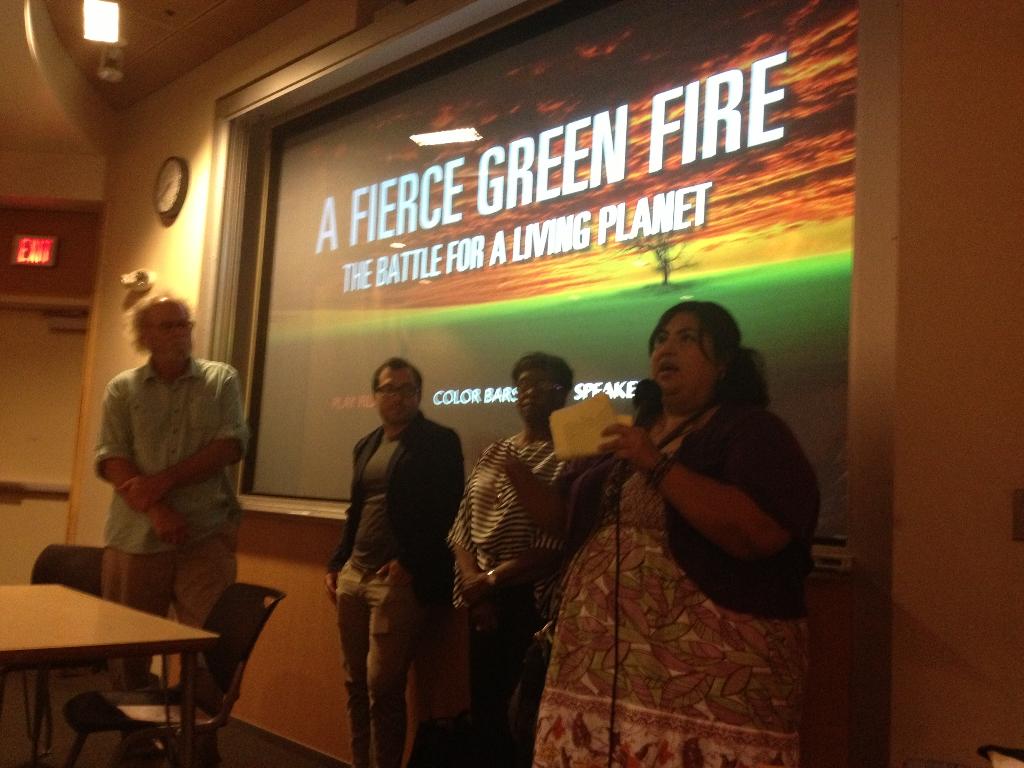 CineCulture at California State University, Fresno received dozens of organizers, community leaders, professors, students and director Mark Kitchell last Friday at the Peters Education Auditorium.  At this event, Mark Kitchell presented his film on the environmental justice movement titled A Fierce Green Fire: The Battle for a Living Planet (2012).  The screening was in part made possible by allied organizations like GreenAcion, Center on Race, Poverty and the Environment, CCEJN, and others.

The film consists of 5 acts narrated by stars like Robert Redford, Ashley Judd, Van Jones, Isabel Allende, and Meryl Streep and made an appearance at the 2012 Sundance Film Festival.  Telling the story of how the environmental justice movement sprung out of the environmental and civil rights movements, the film makes a compelling case for the fact that we all have the responsibility to uphold environmental morality.  The film is gracefully edited and merges together first person testimonies, narrative, archival footage, stills, and amazingly relevant soundtrack choices.

The group helped to tie in the themes of the film with environmental struggles that we are currently facing in the Central Valley like fracking, Kettleman Hills plant in Kettleman City, the Darling Rendering Plant in West Fresno, Hydrogen Energy California and others.  Students from Fresno State showed interest in themes of youth involvement and youth leadership within the ej movement, and the strict use of non-violent tactics as opposed to the use of destruction of property.

A Fierce Green Fire will be available for streaming on Netflix and other platforms soon, eventually entering its TV release early next year.  CCEJN will like to thank director Mark Kitchell for attending this event in Fresno, and the speakers for relating the themes to the Central Valley environmental justice crisis.  Thank you all that attended.