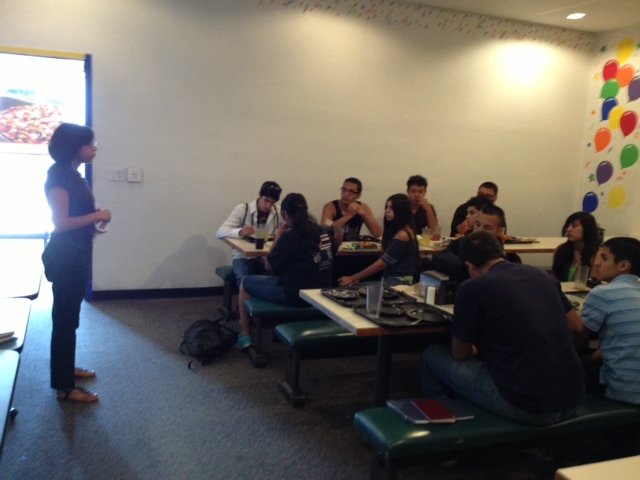 In anticipation for the Department of Pesticide Regulation hearings scheduled to happen in Fresno on June 17th and June 18th members of CCEJN and Communities for a New California (CNC) sought to mobilize Kerman youth.  Kerman was identified as the second area in the state with the most Chloropicrin use.  The members of the Kerman community are feeling the repercussions of this sad fact as they see high levels of asthma and cases of cancer.  Even talking to the youth one can see that they have been affected and know clearly what it means to live in Kerman.

The DPR hearings will be focused on Chloropicrin.  Chloropicrin is a fumigant pesticide that is injected into the soil prior to planting crops.  It’s most common use is in the strawberry industry, but in Fresno County it is commonly used to grow nuts, grapes, and fruit trees like oranges and peaches.  Often this chemical lifts from the soil in a cloud and drifts into residential areas where it can affect rural populations.  Chloropicrin also represents a problem for farm workers who are more commonly exposed to it.  This toxic substance is harmful to health and has been linked to short term health hazards like nausea, vomiting, irritation in the eyes, sore throat, headaches, skin irritation and after prolonged exposure to cancer and chronic lung disease.  CCEJN is helping to bring strong attendance to the hearing and helping to build a strong voice filled with stories that will paint a clear picture to DPR about the very real health hazards of the fumigant.

Members of CCEJN and CNC organized a group of youth leaders that has shown interest in the environmental concerns that affect their community.  The youth was asked to participate in a couple canvassing session to inform the community about the risks of chloropicrin, the need for healthy alternatives, the dates of the hearings, and the opportunity of using the Fresno Environmental Reporting Network (FERN) as a way of reporting any type of pesticide exposure. 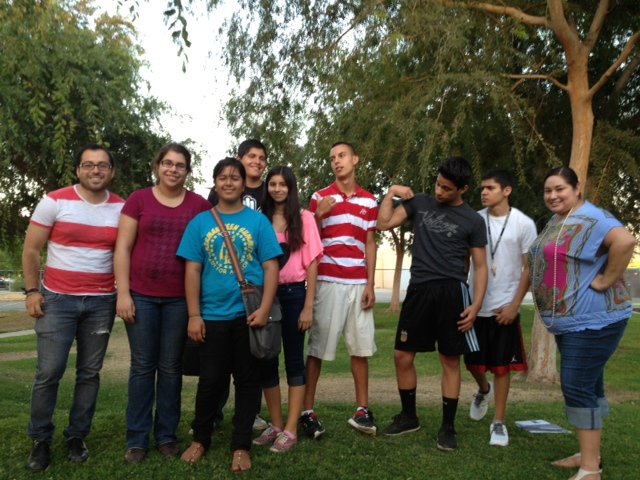 Members of CCEJN and CNC organized a group of youth leaders that has shown interest in the environmental concerns that affect their community.  The youth was asked to participate in a couple canvassing session to inform the community about the risks of chloropicrin, the need for healthy alternatives, the dates of the hearings, and the process of using the Fresno Environmental Reporting Network (FERN) as a way of reporting any type of pesticide exposure.

On Friday June 7th this group of youth leaders gave up their Friday night to go out, knock on doors and provide information to Kerman residents.  The youth was excited to embark in this task after they had some time to practice saying the word Chloropicrin.  The youth was also trained about talking to different audiences and began practicing on one another in Spanish and English!  As they walked through their own neighborhoods it became apparent that they weren’t just alternatively spending their Friday night.  Their passion to inform the community was evident as they walked resilient even when the people weren’t receptive.

After walking through various neighborhoods the group met back at Kerckhoff ParK to de-brief.  Almost all of the youth felt good about their work for the day.  Many of them were a bit surprised that people were apprehensive to the information, however many had moving stories that were related to them by farm workers or people that had been directly affected by pesticides.  Overall they felt good about the interaction and have volunteered to do similar canvassing at the Kerman flea market on Sunday, June 16th.

The determination and energy of the youth is contagious and sparks a new interest to the fight against cancer causing fumigants.  It is impressive and refreshing to see their good spirit, and determination to change things.  Overall a good experience for the youth and even the organizers, especially for King Chloro (what some of the youth nicknamed CCEJN Coordinator—Cesar Campos).  CCEJN invites you to join us in our efforts to mobilize the Kerman community on June 16th at the Kerman Flea Market.  For more information concat Cesar at 559.485.1416 or Jamie at 559.367.7874.